Beeston has been hosting this amazing, much loved, volunteer led community event since 2011, and raises money mainly through the big Takeover, but other events too. For example last year there was also an operatic evening, a ceilidh, an afternoon recital and several private house gigs.

Volunteer coordinators Darren Bailey and Steve Barton (who themselves, like all members of the team, fulfil their roles on a voluntary basis) were thrilled with how October’s big festival Takeover Day went:

“We had a fantastic response from over 90 local residents wanting to do their bit – running stages, technical support, collecting donations, selling raffle tickets, setting up and generally running around – basically anything that was needed to make the day run as smoothly as possible, whilst also enjoying the festival. Their feedback was overwhelmingly positive – people had such a good time and we anticipate seeing many of them again next year!” 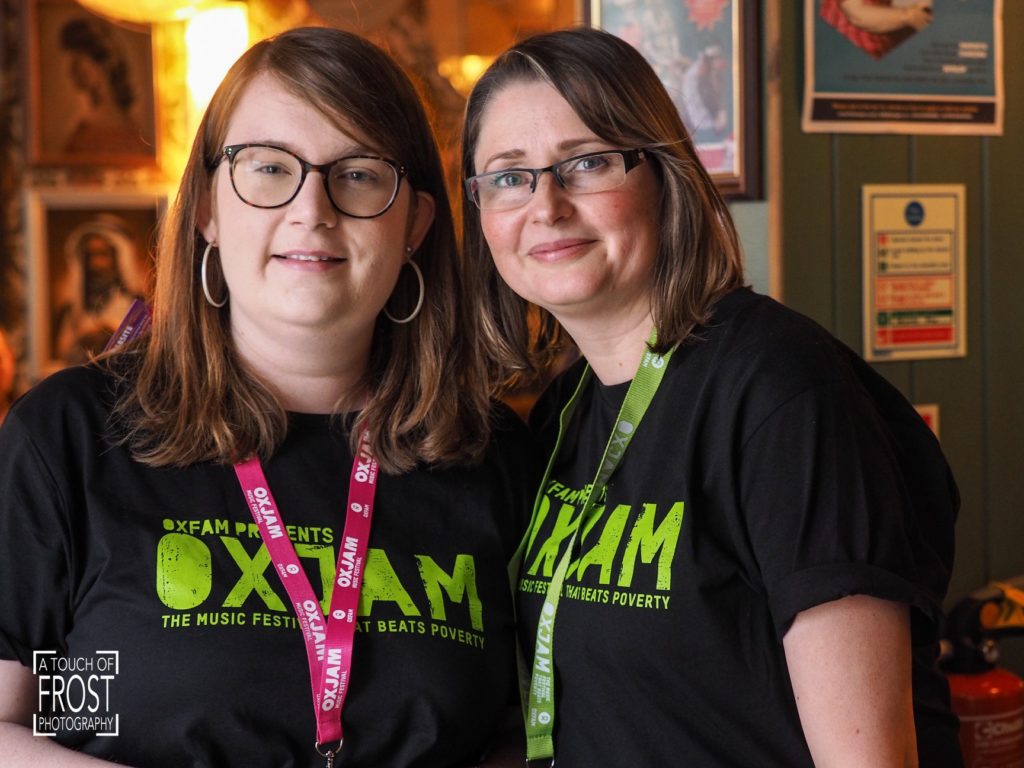 Two of our awesome volunteers

“With thousands of festival goers, 16 stages and 127 bands/performers to coordinate in 12 hours, quite simply Takeover couldn’t have happened without such a stellar group of volunteers! We’re also hugely indebted to our Headline Sponsors The Star Inn, Beeston, as well as stage sponsorship from local businesses: J Flynn Optician, CP Walker, and Foster Industrial.

And there are many others who provided professional support: Volunteer Action Broxtowe, Breeze Magazine, PN Design, Touch of Frost Photography, University of Nottingham Mixed Reality Lab, Beeston Oxfam Books and Music, and a wonderful band of sound engineers.

And of course we are privileged to have so many talented musicians keen to perform for free each year, and a wonderful group of venues who host them. The festival was as far reaching as ever in the breadth of music showcased, as well as the distances travelled by performers and festival goers to create such a wonderful atmosphere in the town.”

All funds raised for Oxfam make a difference to communities in urgent need around the world.

You can find out more at oxjambeeston.org